Do public FANS make the author? 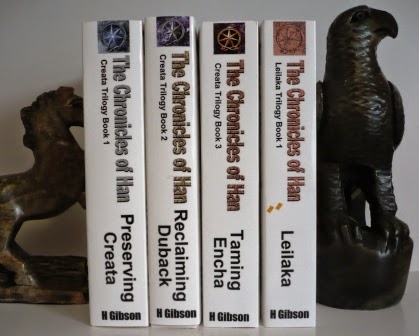 Why does Han Storm have so 'few' publicly announced followers or fans on Social Media?

This question seems to come up time and again, and had been answered numerous times before, the latest version of this question being: "It is sad to see you have such a low amount of fans on social media."

In most commercial circles, it matters greatly to have outgoing, enthusiastic fans to promote your books, to back your writing up, to introduce you to other readers and the greater public at large.

In niche circles, some authors prefer to stay out of the limelight for various reasons, only introducing Social Media connections due to repeated reader requests or publisher pressure. Each public forum is carefully selected for specific purposes and serves those purposes as is expected from them.

So why does Han Storm have so 'few' publicly announced followers or fans on Social Media?

The answer is short and incomprehensible. As our beloved AJM used to say: "Han is complicated, never mind Beyond Words!"

I thank every person who regularly visits these Social Media sites, assuring me that there is immense interest shown.

I am grateful for the individuals who publicly associate themselves with Han.

I respect those who prefer to stay private and out of the public eye for their own reasons.

I also thank all the readers who purchase the books, making it possible for me to continue writing more adventures of Han.

When you have read The Chronicles of Han Storm, there is no need for fancy words or to publicly state your association, fandom, or anything else for that matter.

PS. If you feel you wish to contribute to the public awareness of The Chronicles of Han Storm Books, please tell a likeminded friend about the books, Like, Recommend and Share on Google Plus or Facebook, Vote and Read on Wattpad, leave a comment on Goodreads or mark the books as read/to read.
Posted by Chronicles of Han at 00:28 No comments:

Email ThisBlogThis!Share to TwitterShare to FacebookShare to Pinterest
Labels: Beyond Words, Chronicles of Han Storm Social Media, Do public FANS make the author

When Prosperity Hit the Power Snag 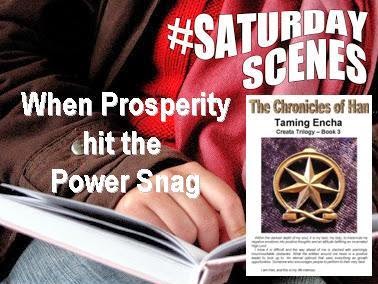 When Prosperity hit the Power Snag

Excerpt from The Chronicles of Han Storm, Taming Encha, Book 3

"When you have finished here with the initial subduing of these Lizard Creatures, and I am well aware that you are the only one who can subdue them, the CMC wants you to find us a proper planet to move people to.
And by proper, we mean somewhere we can move in without having any resistance from Humans or Nature."
Staring hard at Major James Heraldt, my irritation must have shown for he sat forward, becoming agitated as well.
"You all take it for granted that the 'better' planets have no inhabitants of a proper social order" I told him. "Dōhr is one of the very few planets that do not have any higher intelligence staying on her.
Duback, Encha and even Gly-Terrion have resources we need, but are not very friendly environments. Why do you think they were abandoned in droves in the Wars?

The Wars did not go about resources or even space for people. It was purely for Power.

Who had the most and who could keep it the longest. It did not go about the people who were supposed to be served by their leaders. The leaders simply took whatever they wanted and threw the scraps to the people, if there were any left.
This Universe used to be a member of the Galactic Alliances, but the fight for Power between opposing sides wiped existence out as we used to know it. It threw us back into the Archaic Times.
Prosperity hit the Power snag and individuals suffered for it; is still suffering for the sake of one or two people wanting all the Power.  Our Universe was closed to travel and we were left to fend for ourselves, each planet isolated in a sea of dark space.
I will find you a proper planet, but you are going to have to have your story straight and your negotiation skills honed, for from now on we have only 'proper' places available to us.
If we are to have any resistance to coming from Off World, we might be taking on huge amounts of superstitious trouble as well."