Past Life Recollection: Making amends, forgiving yourself, moving on 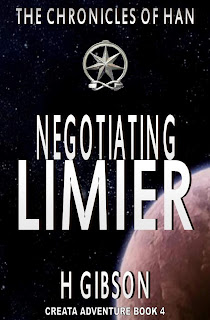 
Sadness overcome me as I thought about the betrayal of a loyal friend, the unfairness of life, the grand scheme of things, and how little people knew what really went on behind the scenes of Creation.

What the reasons were for what happened to us, why it happened in those specific ways.

The tears spilt uncontrollably from my eyes, running in rivulets down my cheeks to drip onto my chest and into the towel wrapped around my waist.

This was one of those lifetimes I had been devastated by.

I did all I had to do. I played my role to the best of my ability. I gave an outstanding performance . . .

. . . My Emperor had but one goal in life. Climb the ladder of Ruler of his world as fast as possible.

Kill all who oppose him or stood in his way.

That was his motto and as I blessed his raids for success and granted good weather with my elemental skills, my own fame spread to rival that of my Master.

As our reign increased, I was shown how to accumulate wealth, followers, and to become cocky in my own appearance of wanting power, right down to be seen as greedy and unreasonable.

Although my Emperor was warned by his family and close companions of my obvious thirst for power and riches, he did not want to listen to them, stating that a man of the Spirit could surely not be corrupted. In his eyes, I was the Most Heavenly Messenger of god.

His absolute trust in me broke my heart, but I kept up pretences, became insolent towards the Emperor's family members, took boons for myself to agitate him to come to his senses and see that he could not go about slaying people while his own Kingdom was under threat, by his most trusted advisor, by me.

It took the stroke, and eventual death of his mother to bring him to his senses. To bring him to me where I sat, waiting for him in my gilded tent.

Eventually he came, his rage under careful control, his plans worked out to catch this unholy shaman off guard.

Putting surprise on my face at his visit, I buried the fear and heartache of what I knew was coming.

A duel was proclaimed between his brother and me to finally resolve our issues.

As I left my dwelling, guards grabbed me, bound and gagged me.

One lifted me off my feet, dropping me onto his knee, the excruciating pain making me black out.

I woke a while later, writhing in pain from my broken back, hearing how the Emperor addressed the crowd that had gathered.

"This beloved of Heaven had lost his way, forcing the gods to choose between us. I have broken his power. The gods have chosen."

My Emperor pointed at me. "It is my decree that he dies alone, in the worst of agony." Turning to his guard he ordered them to cover me with a canvas so I would perish in solitude and would not be able to look up into Heaven to find any solace at all . . .

Even at the end, after all I had done to him, he showed me mercy. He could just as well have me impaled and staked out for everyone to spit on, as he had done so many times with his enemies.

I thought it kind that he bestowed this last act of decency upon my body-consciousness, to hide my shame from the public and to give me the opportunity to leave my body in peace.

Of course history is told from different viewpoints and every story has many sides. The name I was called in that lifetime would forever be remembered as that of the ambitious, greedy, jealous shaman.

But did my ultimate sacrifice make a difference in the lives of ordinary people?

I wished to think so.

The lesson was learnt. The message received loud and clear. You could not trust anyone, especially not the messengers of gods.

You had to find your own way, you had to take responsibility for your own life. You could not put it in the hands of others who supposedly knew more than you did, by divine intervention.

Yes, you could listen to their advice, but you had to follow your own heart, listen to your higher self when you felt things were incorrect.

This little episode did give a better outcome for the conquered nations. They were taxed instead of killed outright.

The Emperor found other advisors who assisted him to keep his empire for as long as his natural life lasted.

In some small way, I felt that my brief suffering had been the change this individual had needed.

This was not the first Emperor I had served.

I felt sure it would not be my last.

Some life adventures were primitive.

Some were experienced in advanced civilizations.

I could not say that I did not appreciate the primitive adventures. They had their perks. But, heck, the advanced ones were a lot easier to live.