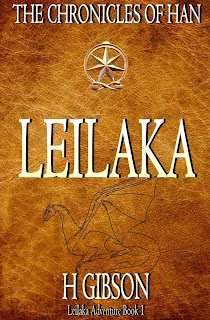 The Chronicles of Han Storm, Leilaka

Leilaka is a brand new adventure following on 400 years after the lifetime of Han Storm from the Creata Adventures. After saving the people of his planet by opening interstellar travel for them, our intrepid hero, Han Storm, is imprisoned in criostasis as he is deemed a threat to the power of the Creata Migration Committee. Han eventually wakes up, finding himself without a memory of who he truly is, where he is, or what he should be doing in a strange new world filled with dragon riders, troll-like creatures, elves and other strange beings.

"Leilaka! Birth place of physical experiences. Seeding Planet for Creation. Some will say a work of fantasy. I beg to differ. I am Han, and this is my life-memory . . ."-Han Storm

Note from Author: Although placed under 'normal' book genres, these are "Real Life Past Life Channelled Autobiographies". Some readers have been found to refer to the books as esoteric/spiritual manuals, where others enjoy them as the Adventurous Narratives that they are. Originally named 'Journeys of a Psychic', for marketing reasons the books were renamed to 'Chronicles of Han'. Reader ages: Younger Adults 18+ right through to Pensioners. 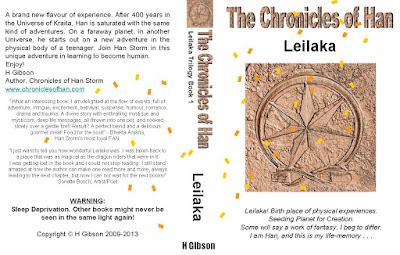 Some chapters available on Wattpad