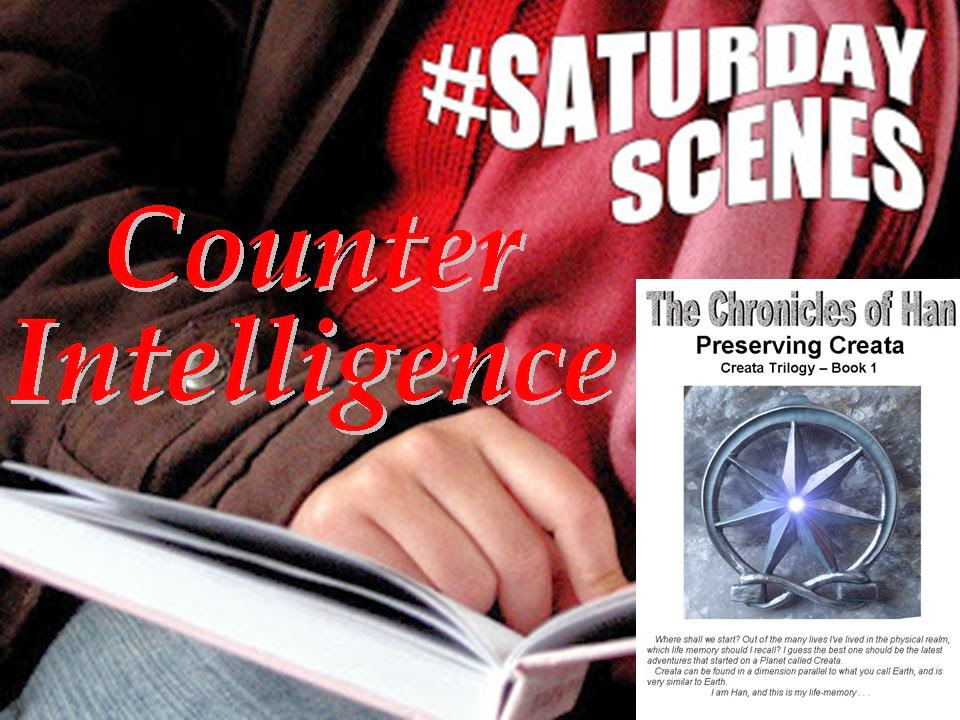 * * *
My Government file was suddenly a lot thicker than before.
Once again, I brought the 'pages' into focus in front of me, duplicating the memory from Captain Heraldt.

Name:  Han Storm
Mother:  Anne Storm
Father: Unknown (Note: the mother claims there was no father – claim pending further investigation) UNDER INVESTIGATION: 308 Heights Building, Market Square, New Haven, found to be rented out in the name of Mr HLH Storm. Landlord insisted that this was the father of subject and the original rental contract was signed twelve years ago, coinciding with subject being “lost”.

I had to smile at their confusion. It was so easy to hypnotize the simpleton of a Landlord to believe that 'my father' signed the lease and paid for it every month. He never actually saw anyone representing my 'dad'. I just played along with pretending that I had an adult around to look after me.
It was easy times. If you can see the possibilities of the future, you can live off gambling very successfully. I never lacked for anything after leaving the government foster system. And by walking the middle path of invisibility, I was very successful at putting myself through school without creating suspicion.

The long list under the heading of Current Status, incorporating the list of foster families was suddenly very full with entries dated the last few weeks.
It seemed as if the Government was desperately trying to profile me. I felt satisfied that I was creating confusion amongst them.
Most of the new entries next to the foster families of my early years simply stated that the people had no recollection of this child ever being with them.
The new entry at the foster family that sent me to see the Psychic, Professor Zane (at age six) read as follows:
Child started having repeated nightmares. He used to wake all confused and anxious in the mornings. He did not want to talk to us about it, but started projecting strange illusions that we could actually see.
We realized he must be psychic by nature and requested an appointment with Professor Zane. After three weeks of attendance, the Professor advised us to rather bring him back when he was a bit older and more ‘stable’.
The child became increasingly introverted after that. He was un-cooperative in all aspects and as we could not give him individual attention, asked for his placement to another family that had the time to deal with him.

The next few new entries simply stated that I was an introverted child that did what he was told but never took initiative to do anything more than he was asked to do. They almost did not remember me. I was just a 'quiet one' to them.

The entry where they 'lost' me had extra notes:
Agent in attendance of file at this stage stated that the foster family in question contacted her with the disturbing news that the child did not return from school. He was already missing for almost a week. The authorities made a note of the case, but never came back to the agent. She also did not follow up, having retired that same week. The file should have been followed up by the next agent. As yet, no responsibility has been taken for this file. It was never passed on to anyone else and was eventually found filed in the archives.

I felt positive that the Universe had something to do with that missing file.

They had also found the school I had attended. The entry was short and to the point:
No recollection from teachers regarding student. As stated by almost every teacher interviewed ‘He must have been just one of the crowd’
Followed up on grades. Average scores on all subjects. Nothing out of the ordinary.

Being invisible does pay off, sometimes.

The next entry was about the Security Forces Academy:
Subject said to have bright demeanour, gave a good effort in everything and was a pleasure to work with. Not the most outstanding cadet they ever had, but one that would turn out to be a solid Force person.

I did Tucker proud. My substitute dad knew this when he took me on as a Rookie.

Again I 'turned' the page as the Captain did in the memory and faced the page on what the Government had to say about me. I scanned through the first entries again. It really made interesting reading (or memory in this regard.)
Psychic abilities untested. All information unconfirmed. Specialty seems to be visions of events in the past, present and future. Also displaying signs of telepathic skills. Worked missing persons. Success rate: 99.9%.
Recommendations: Keep in semi-private environment with Level 1 Security Status. Monitor closely with daily reports on events and performance. Case referred to 24 hour monitoring service. Satellite Tracking Implant advised.
There was a new note following this:
No implant to date. Conference with Private investors led to the understanding that they would not co-operate if their investment was to be harmed in any way, including through a tracking device. It was not considered ‘humane’. Negotiations brought about contract that subject’s position would be confirmed at all times. Contract being adhered to. Risk of termination of subject was brought to light when pressure on private investors was suggested.

There was another inscription, by hand:
EMP detonated at Planetary Security Forces Head Quarters. Said to be by accident. Recordings indicate Subject in severe discomfort right before incident. Informant confirmed subject’s immediate removal right after incident. Subject said to be in ‘bad’ shape.
All recording equipment was terminated. All tracking nano-bites were de-activated. Director Thornton re-instated previous company for security equipment, blaming Government issued equipment for malfunction and subsequent detonation of EMP. Lawsuit PSF vs Government regarding damages pending.

Good for you, Director. Make them sweat a bit.

The newest entries indicated that the information allowed to 'leak out' was gobbled up by the Government as truth. The Director did a stunning job at making me appear only slightly better than anyone else. He was keeping my real talents well hidden.
First Mission: Atlantica: Missing Persons.
Used heightened psychic skills to locate missing persons. Only four girls were found. The fifth turned out to be involved with a young man and did not want to return to her family. No foul play was involved.

Second Mission: Batista: Mummies found in Cavern at dig.
Mummies found by subject to be ancient remains at a holy site. Subject had definite, confirmed past visions brought on by touch, as with New Haven Security Forces work. Successful negotiations were initiated that Holy Site was to be given back to the Desert People and not to be disturbed. New caverns also opened with visions leading to successful negotiations regarding the re-distribution of Batista wealth towards the Desert People.

After this, there was a disturbing inscription. This one was in a handwriting I recognized from somewhere.
Subject arrived at aircraft in unconscious state. Flown in this state from Prosia to next mission in Darkhust. Subject seemed in unstable physical condition, needing constant attention from Doctor and Handler.

There was a new section under the heading Speciality Development:
Speciality Development:
Locating people through psychic abilities seems to be the main speciality.
Confirmed past-visions when in contact with items.
Possible future-visions under investigation.
Extremely powerful energy-healing confirmed. Mr Thornton, father of Director Thornton (PSF) confirmed 100% recovery from life-threatening Emphysema.

There was a loose page placed in a Government Courier envelope. It was dated for today and read as follows:
General Notes:
Subject seems highly stressed, possible breakdown suspected. Seven-day leave requested and granted. New location to be Kwailu Isles.

I suddenly put two and two together. This was Heraldt’s handwriting. He wrote this, but allowed me to see it!
What was his game?
At these times I really wished for Sensaii. One thing was certain. Not much was secret any longer. At least our real mission was not known.

But there was more information that came before my inner eye.

Captain Heraldt was a very privileged government agent with an extremely high clearance level. He had unrestricted access to my government files and the information they contained.
He was a valuable source of counter-espionage regarding myself. He took it upon himself to help me.
I could not follow the memory imprint. It closed off abruptly, as if this was not supposed to have downloaded to me.
I actually received the impression of an Oops! and then nothing more . . .

I opened my eyes to stare into a sandwich.
Panam was busy feeding everyone again and I took one gratefully.
We should be landing in Kwailu by early afternoon. I tried to keep my mind blank the rest of the way.

Posted by Chronicles of Han at 23:56 No comments: 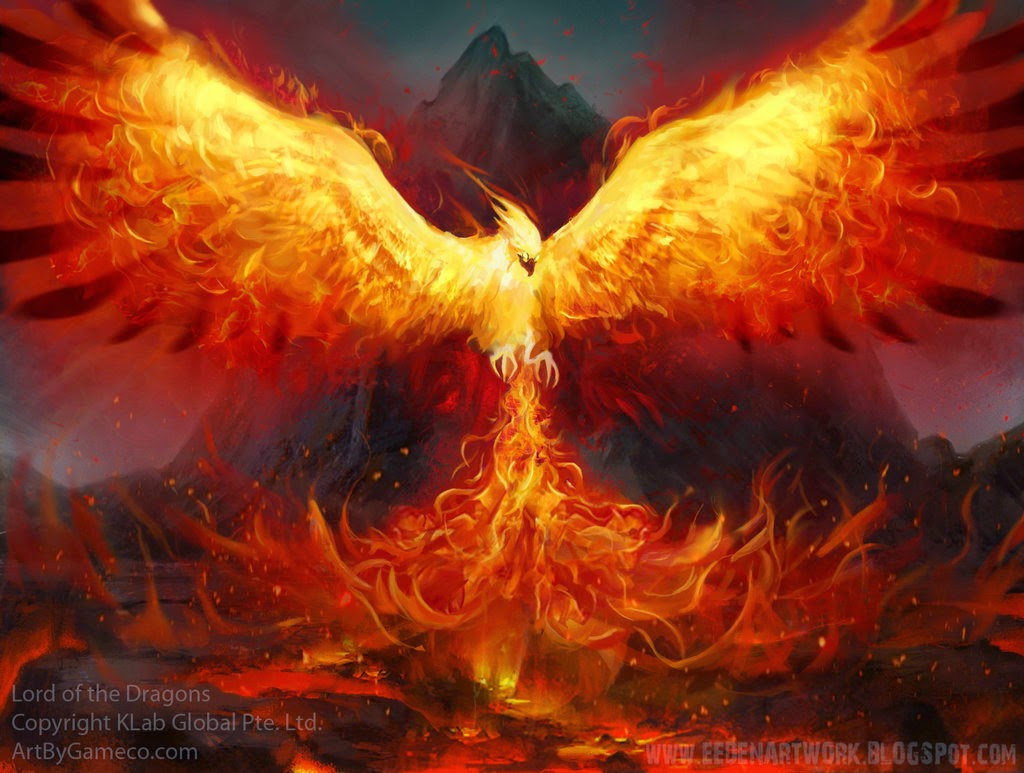 A special message from a friend regarding my 11th Life Anniversary tomorrow.
This is too sweet not to share.
With permission from Bhakta-Anjana:

Oh, good morning, Beloved!
Can you take a moment's time-out, and relax a little?
After this extreme heat, the 'coolth' settles over us like a soft blanket! Aahh, waddah relief! I even feel a few drops of rain....and is that thunder I hear?  Nature's blessings!

You know, my Dearest One, these past few days had my thoughts going all over the place!
The fires, the wind, the destruction of huge tracts of land, the deaths of many creatures, properties burnt down, people traumatized....

Monkey's thoughts travel all over the convoluted mind! She needs putting it all down into something concrete and understandable....
....and then, two things happened....
1)  a casual remark made by an ecologist this morning, when asked about the consequences these destructive fires have on the ecology. Her answer was,
"See this as the Rising of the Phoenix"....
2)  I suddenly realized what tomorrow's date is, and a soft
Hannnn     nuuuuu    mannnnnn   wafted though my mind.....
....and then something clicked into place....

Monkey sees a link between the two!!

The fynbos is burnt, and a few days later a miracle happens....the Flame Lily blooms.  She only does this after a fire.  The Flame-Lily-Phoenix Rises.

The Hanuman cry?
11 years ago, on the 5th of March, another Phoenix rose.
This magnificent Phoenix arose when the body of an entity, through which the Great Hanuman speaks and acts, was burnt beyond recognition!
Han, the Earth-Human, faced her greatest challenge, but she lives to tell the tale....
....and what a tale it is!!  Her stories are alive with Universal Truths, and her books change many lives....giving rise to monumental Phoenix-Enlightenment...

So what am I trying to link here?
Has the Mighty Phoenix risen out of these fires? A Healing Phoenix, a Phoenix which fires through the minds of men and is changing their mind-sets?
Monkey has no idea, but something truly significant is happening, no matter how it all looks at surface level...magic is happening, she feels it in her old bones...!

Sweet One, in my convoluted way, I wish to honour and give thanks to the beautiful Han for her courage....for on the 5th March we witnessed her resurrection, her re-birth, her Phoenix Rising.  This was 11 years ago = 11 being Hanuman's sacred number...

I love you....as does Liger...and we both wish you a wonderful day! We think of you....and thank you for your magnificence!

Posted by Chronicles of Han at 06:50 No comments: